If you’ve ever been to a nostalgia drag race or show, one of the things you’ll notice is there are a number of cars built to pay tribute to drivers or teams of days gone by. When I first started going to these shows, one of the things that surprised me was how many of these people had actual legends of the sport sign their cars in conspicuous places. The first time I saw Don “Big Daddy” Garlits’ signature on a dashboard, I thought it was such a wonderful idea! It struck me as a kind of two-way deal, with the car owner carrying a tribute to one of the all-time greats of racing and Don returning the favor by giving a “seal of approval” to the hot rod with his signature. Now, with that as an introduction, I have to tell you about my recent experience. I signed my first (probably last, too) car. No, the owner wasn’t paying tribute to me, nor was I giving his car my “seal of approval” (although I do approve of it wholeheartedly). The reasoning here was a completely different scenario as follows. 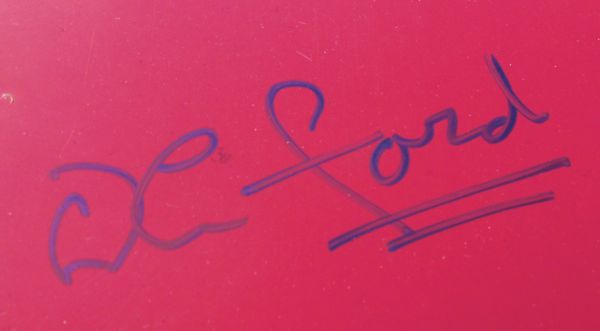 Meet James Joyce, driver of the ‘65 Comet wagon appropriately named “Old Testament.” Not typically the type of car built to attract attention, it is the message portrayed on the car itself that demands attention. The message, you ask? In big, bold letters across the back it reads, “This wagon was born again…how about you?”

James is your typical car guy. Before acquiring the wagon, he was building a ‘65 Mustang fastback. According to James, “I could never get the other car together, I was always fighting it all the time. Then I got this car. Every time I went to look for something for it, it was there. It was all because this car had a plan.”

The plan, if you haven’t figured out by now, is to spread the message of the Gospel through drag racing. And if the question on the tailgate isn’t enough to reel you in, the purpose of the car is reinforced by proclaiming “We Will Drag You Back to Jesus” and “Powered by Faith” on the sides. 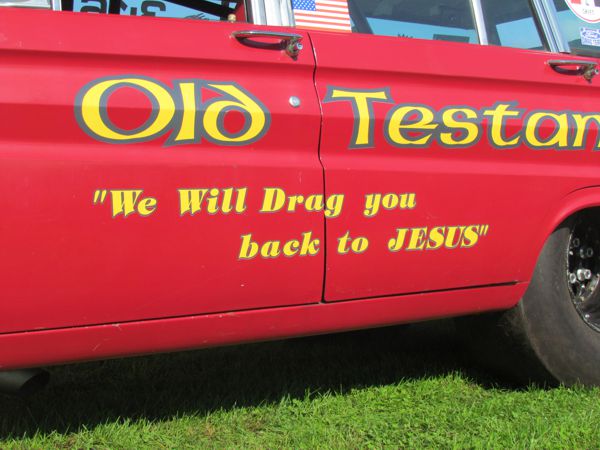 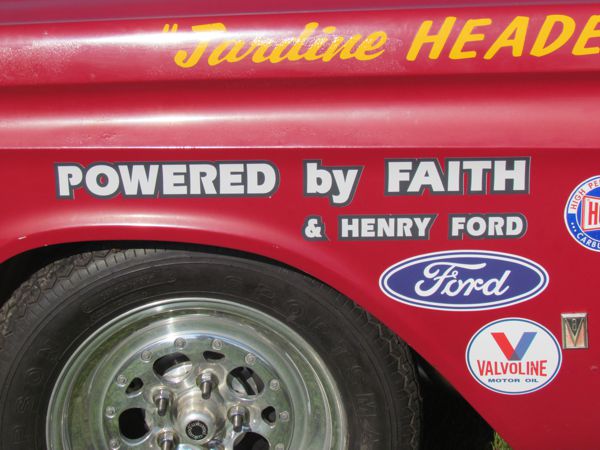 Like most hot rods, there’s a story to the build. The oil pan came from Florida, the headers from Chicago, the transmission and converter came from Connecticut, the rear was originally built for the Mustang (in a divine twist, the rear was an exact fit!) and the intake came from southern Maryland by way of a trade. Through all this, James believes God provided the path for the car to make it to the end, that this car had a purpose beyond just drag racing. After watching this car make a pass down the 1320, it’s obvious this car (and driver) does have a purpose and one that will be successful. As it says on the side, I believe James and the Old Testament Comet will definitely drag people back to Jesus. 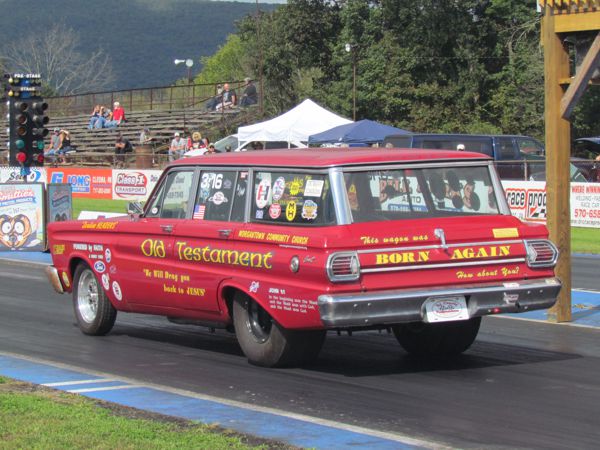 Here it is, the trailer for “The Mysterious Tunnel,” my latest Christian Fiction novel.  In case you’re wondering, it was inspired by this actual location. I hope you all give it a look.